Had a go at learning some linear algebra through a great Khan Academy course today. Vectors seem to turn up in my work constantly and its something I’ve kind of gotten used to through exposure, but I don’t really have a solid grasp on the maths. Hopefully after this course I will!

All images are from the course, which can be found here.

What is a Vector?

A vector is a list of numbers that represents a direction and length in  2D or 3D space. 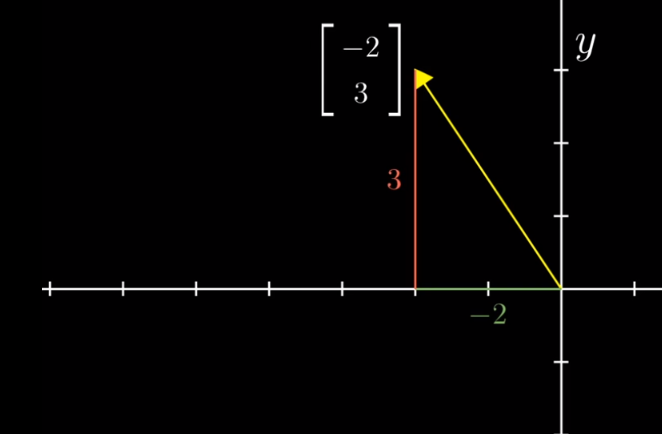 When we multiply a vector by a single number, we essentially stretch it out by that amount, or scale it. Therefore in linear algebra numbers tend to be called scalars. 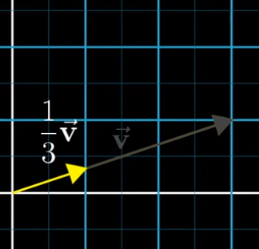 The base vectors are the vectors that all others in our coordinate system are derived from. For example, the most common base vectors are î and ^ j (known as unit vectors) which are 1 in the x and y direction.

Any time we have a vector, it is basically a scaled version of the base vector. 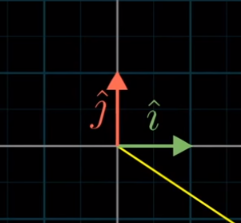 As I’ve been practicing normal mapping recently, I wanted to find out a little more about how normal maps for game assets work on a lower level and how they interact with shaders.

In a standard rgb normal map, each channel corresponds to a surface normal direction.

Tangent space is used to specify coordinates for a poly face. This is mapped in a similar way to a UV coordinate, however the third axis represents the normal of the face, aka the direction that the face “sticks out in”.

The values for these coordinates represent the direction that values increase in across the face.

The world space explicitly states the normals of an object in relation to the world. Regardless of object orientation, world space normals will always face the same direction in world.

The tangent bias compares incoming light rays against the normal directions in the map, which then determines how each pixel is lit.

There are many different way to calculate tangent bias. It is important to match these between baking and shading applications, in order to get correct results.

Some engines may skip tangent bias calculation, instead opting to convert the tangent space normal from the map into world space within the shader, before comparing against light rays.

When saving a normal map out from a baking or painting application, it is limited to a positive range per channel, e.g 0 – 255. When this is used in a shader, it is parsed as 0-1. However, being directional coords, normals need to use negative values, so we “unpack it”, remapping it into -1 – 1. This gives us access to all channels, including alpha, as well as the normal vector length.

Why Are Normal Maps Blue?

The 0, 0, 1  colour created on bake represents a flat surface in a normal map, with the blue value representing a completely outward facing normal direction. When this is remapped into 0 – 255 to become a texture map, it becomes 128, 128, 255, giving us a purpley blue colour.